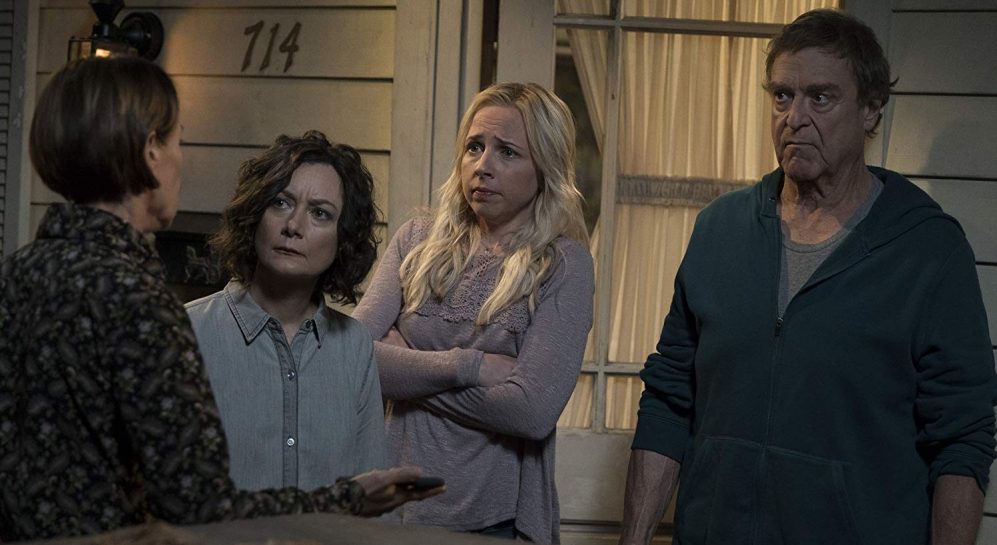 After a highly publicised, supposedly drug-induced racially-charged tweet from Roseanne Barr led to the swift cancellation of her eponymous sitcom, America’s ABC network was quick to revive the rest of the characters in a spin-off that tries to carry on from where the central character left them. But can you build a sitcom around a death?

Her long-time co-star John Goodman has been reported as saying he felt the new show had a “hollow centre” without her; our US writer Carly Mayberry appears to agree…

After the sudden death of their matriarch Roseanne, the Conner family is left finding its bearings without her.

That’s a hard transition, not only because she was at the centre of the family but because the wilful woman with a biting remark at every turn turned out to have been dependent on numbing her own pain.

Like her or hate her, the Conner family doesn’t work without Roseanne.

As the show’s title “The Conners” suggests, the post-firing-of-Roseanne Barr sitcom jumps right back into life with the sardonic family dynamics as it did when the matriarch was at its centre.

As such, it at least deserves credit for not, as some shows clumsily do when a character gets killed off (or the actor gets fired), not acknowledging the character’s absence or conveniently skipping the bereavement stage to quickly get back to its punchy one-liners. This recreated version’s initial episode addresses what happened to Roseanne — that she died, not of a heart attack, but from an opioid overdose.

The plotline both touches on the serious epidemic of opioid use while simultaneously and solemnly recognising the loss of Roseanne. All the while, there’s enough space left for the jokes to flow reasonably well, so that the show still feels like a sitcom.

Still, while the Conner tribe continues to throw out its acerbic one-liners as it always has to cope with the challenges of blue-collar life, one can’t help but feel like any moment Roseanne Barr would be chiming in with her own nasally biting quips. And without it – and her – there’s an unspoken void.

While Darlene (Sara Gilbert) and Roseanne’s somewhat neurotic sister Jackie (Laurie Metcalf) at times seem to bring to life the spirit of Roseanne Past by evoking what “she would say,” the haggard look of Dan Conner (John Goodman) is downright depressing and almost overshadows his lines.

Mary Steenburgen is well cast and a nice addition as one of Roseanne’s sources for her pain-relieving pills and an addict herself. Yet, there’s no getting around the fact that the show has a slow pulse, if not missing an overall heartbeat.

Whether or not the sitcom reincarnation works for a while, satisfying those who just can’t say goodbye to the Conner family, isn’t yet known.

Part of its initial viewership is likely to be due to curiosity as to how the cast and the “Conner clan” navigate post-Roseanne. So when at the end of the show’s premiere, the narrator announces a preview of the next episode with “Next week: life goes on!” how long that life may be is anyone’s guess.

But a strong hunch is that it won’t be lasting. The ending scene may feature a revolution around the Conner kitchen table like it once did with both eating and goofing off as part of the mealtime taking place, what was once the show’s main course – Roseanne – is gone and it doesn’t really work without her.