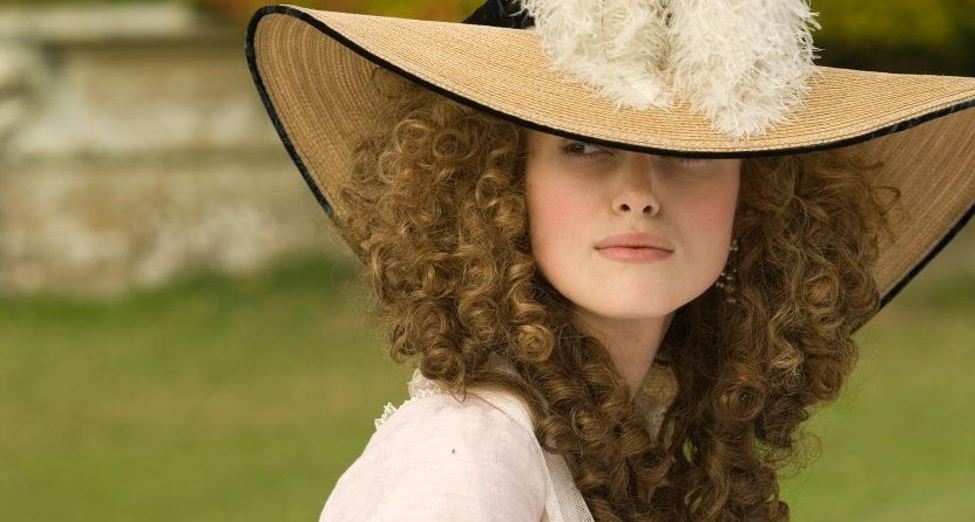 It’s the eighteenth century and a bunch of young men and women are playing kiss-chase in the grounds of the Althorp Estate – remember Althorp? We’ll be returning to that theme later.
One of the youngsters is the bashful Lady Georgiana (Keira Knightley).
As they’re playing outside, her mother, Lady Spencer (Charlotte Rampling) – ringing any bells yet? – is trying to persuade the Duke of Devonshire (Ralph Fiennes) that Georgiana would make a perfect bride.
Sons run in the family, she assures him.
The misanthropic Duke accepts Georgiana’s hand in marriage, but as she continually failed to provide him with an heir, what little interest he had in her wanes quickly.
He’s more interested in a woman he meets at a party – a woman who soon becomes Georgiana’s friend – a woman who moves into their house when she’s down on her luck.
There are – to return to a theme – three people in this marriage.
Strictly speaking, I suppose, there are four – as Georgiana’s own interests lie elsewhere – the young MP Charles Grey (Dominic Cooper) develops a politically dangerous – but mutual – infatuation with her.
And to make the whole storyline even more familiar, the writer of the biography on which the film is based highlights Georgiana’s status as the iconic-head-turner of her day.

It’s a typically sumptuous period piece with a typically tragic bent – the story, as such, didn’t feel particularly original, with infidelities, forbidden love and all the usual dramatic twists and turns.
The parallels with the life of the more recent Althorp resident made the plot sound all the more familiar – but it was interesting to see how, in the eyes of the author Amanda Foreman at least, history appears to have repeated itself.
Keira Knightley is perfectly competent and sympathetic – although her performance isn’t particularly outstanding enough to lift her into Hollywood’s premier league.
Some of the supporting cast, however, were considerably more noteworthy; Ralph Fiennes’s chillingly emotionally cold performance was remarkable, while Charlotte Rampling’s no-nonsense determination was also tremendously powerful.