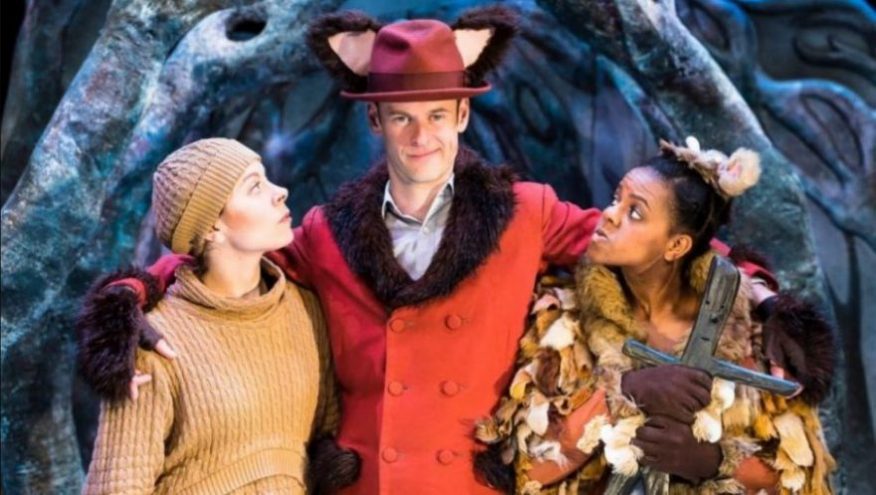 A young Gruffalo (Althea Burey) defies her father’s advice and heads into the woods one snowy night, when she can’t sleep.

On her search for the elusive “big bad mouse,” who years earlier had so terrified her Dad, she encounters the same animals he’d met on his last trip into the woods – a snake, an owl and a fox.

But when she finally meets the mythical creature, the Gruffalo’s Child can understand why she’d been warned against visiting the woods in the first place.

Tall Stories brings another of Julia Donaldson and Axel Scheffler’s popular children’s pictures books to the stage with the usual mix of colourful costumes and chirpy songs – both of which are at the more effective end of the company’s previous outings.

The songs are catchy enough to get the children and their grown-ups singing along – and with the typical audience participation, there’s plenty of fun to be had.

Apart from some helpful additions to remind us about what happened in the earlier book, and some effective repetition along the Gruffalo’s Child’s journey, this story is faithful enough to the source material that Donaldson’s words don’t get lost.

But narratively, its source material is a little weaker than its predecessor: while the first book was about a mouse, who took a stroll in the deep, dark wood, and outwitted all of the animals it met, including the Gruffalo, this time, the central character is unquestionably the Gruffalo’s Child, but – spoiler alert, for the few people who won’t know – it’s the mouse who, once again, comes out on top. As such, we have a passive protagonist, who comes out a bit of a loser.

And compared with some of the firm’s other stage adaptations, the set design and choreography is less imaginative, with visually striking elements of the books not making it to the stage – and the performances are a bit of a mixed bag, with some jumping off the stage and engaging the audience, while others are a little more withdrawn.

Unlike some of the earlier Julia Donaldson-based musicals, The Gruffalo’s Child is going to be more entertaining for children than for discerning grown-ups with a more critical eye.

But for the target audience, it’s an enjoyable romp through the woods with a cheeky little mouse and a brave, but naïve young Gruffalo.