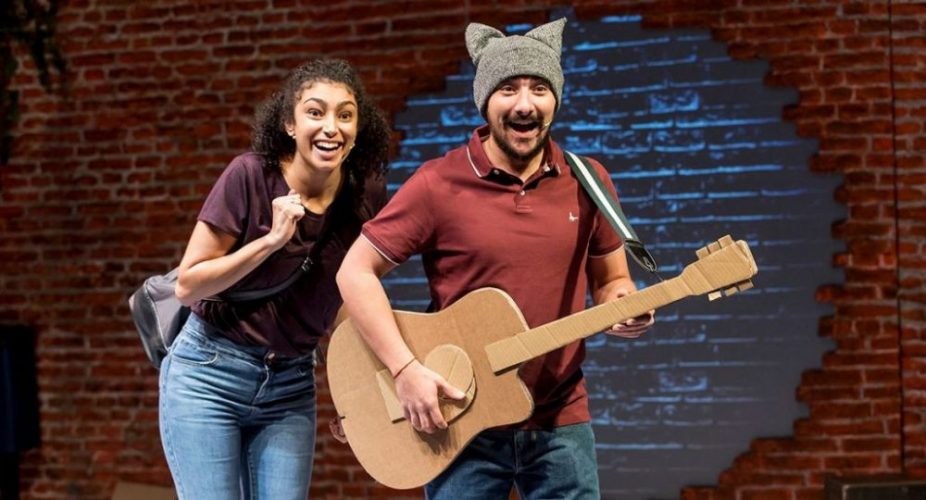 As many children know, Tabby McTat was a busker’s cat, whose miaow was loud and strong.

The two of them sang of this and that, and people threw coins in the old checked hat.

But one day, while Tabby is off exploring the neighbourhood – and making friends – he becomes separated from Fred and a whole new life begins.

But happy and fulfilling as it is, Tabby McTat misses Fred and eventually sets off on an epic journey to find him.

And this is a win for Freckle, as the four cast members deliver a bright and colourful, hour-long stream of story-telling, music, dance – and even magic.

As the books go, Tabby McTat is certainly one that lends itself to the stage but rather than having each character played by a different actor, the troupe deftly switch roles from scene to scene, with only the headwear distinguishing one character from another.

Parents who’ve read the book to their children will argue each other about the tune for “their favourite tune” – Donaldson herself has even uploaded a video of herself to YouTube with her own thoughts on the matter – but Freckle Productions will give you something you can sing along with and take home.

There’s plenty of audience interaction and the odd joke for the grown-ups too.

The adaptation treads a careful and successful line between remaining faithful to the linear narrative of the source material, while embellishing it with worthwhile additions that will keep the children on their toes and a smile on your face.