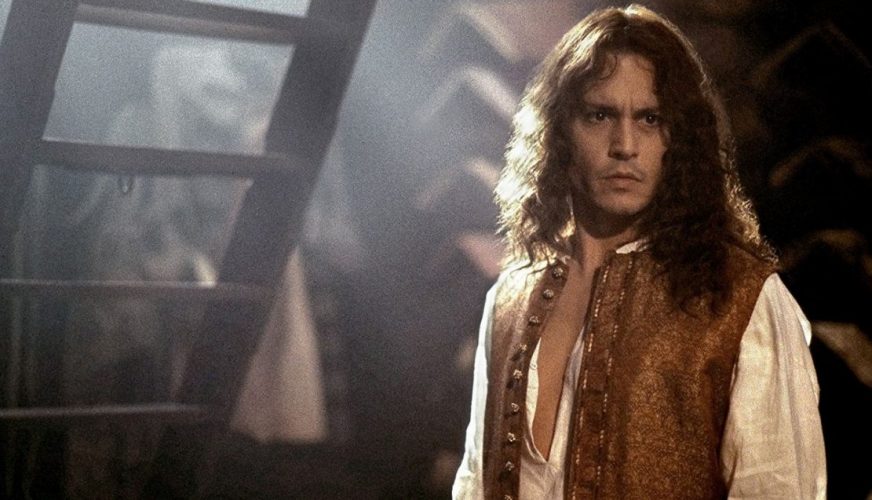 In late seventeenth century Britain, the monarchy has recently been restored and Charles II (John Malkovich) is on the throne.

Among his courtiers is, without question, one of the most controversial men of his generation – John Wilmot, the Second Earl of Rochester (Johnny Depp). He’s an incorrigible womaniser (in reality, he was apparently bisexual, but this is glossed over here), who wrote plays that were the closest that era got to hardcore pornography.

After watching a weak performance by a budding actress, Elizabeth (Samantha Morton), he takes it upon himself to train her to meet his high standards – both on stage and, of course, in the bedroom. She becomes – along with his wife and his favourite prostitute – the third member of his somewhat unholy trinity.

As time goes by, a severe drink problem takes its toll and all his women turn against him, except his wife – the one woman he no longer wants.

This film follows one of the seventeenth century’s most vivacious and self-confident men as he careers towards one of the most inelegant and ignominious deaths.

In an opening monologue, Depp’s character tells the viewers he wants them to dislike him – the problem is that his character is so thoroughly petulant that he gets his wish. It’s a brave film that sets out with an intentionally unsympathetic protagonist – for a movie to work, it clearly helps if we can identify with its central character. And although Depp’s performance gradually manages to restore some likeability to Wilmot, it’s too late. But oddly, the more human he becomes, the less interesting he is to watch.

Visually, the film’s dull to look at, with the colour almost entirely drained from the screen. This is rather counterintuitive, given the colourful nature of Wilmot’s character.

Much of the film is shot in the dark, and even exterior day shots are shrouded in mist. This contributes to a rather cheap feel, betraying the fact that it was one of the movies to suffer from the loss of money, as a result of a change in tax laws last year. The Isle of Man stepped in to help, with its own tax breaks.

The film itself doesn’t really go anywhere – it’s just a string of vignettes from his life, which don’t really add up to anything approaching a satisfying ride.

Depp’s performance – as in so many films – is the most impressive element on show – he’s clearly having fun, but in this case, we don’t share that emotion.

It’s an uncomfortable watch – both visually in the sense that the cinematography hurts the eyes – and emotionally. Those of a sensitive disposition will find the debauchery and the language quite sordid – they could even find themselves leaving the cinema feeling dirty.