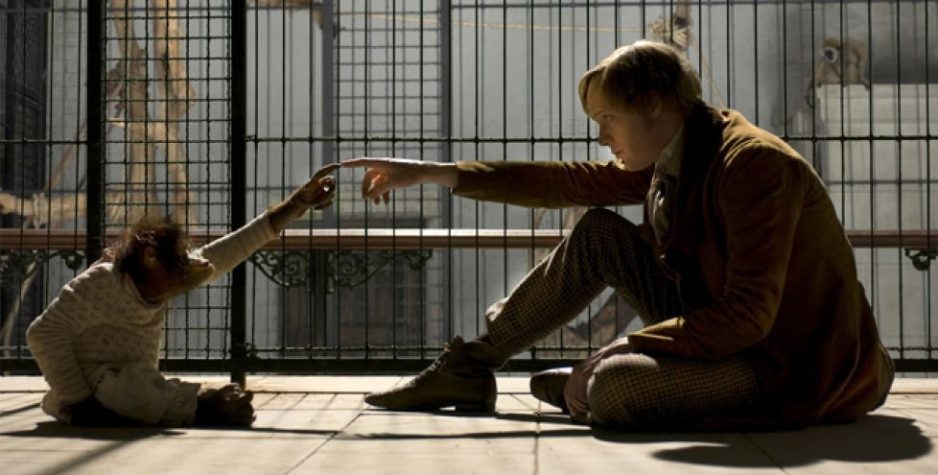 Some years after returning from his famed trip on The Beagle, collecting evidence that would shatter the world’s understanding of how we came to be here, Charles Darwin (Paul Bettany) still hasn’t got around to writing up his notes.

His scientist friends, such as Thomas Huxley (Toby Jones), are pestering him to hurry up and write his book – to “kill God.”

But Darwin is struggling to come to terms with the loss of his young daughter Annie (Martha West) and battling with his conscience about whether he should proceed and risk angering his God-fearing wife Emma (Jennifer Connelly).

Some see Darwin’s magnum opus, On The Origin of Species, as revealing to the world one of the most influential ideas in science – arguably proving the non-existence of God.

Some might hope that a biopic about Darwin would see him on his adventures, building up – piece by piece – the evidence that helped him formulate the theory that has prompted the most angry of debates between science and religion.

But for a film that’s sold as being about the creation of the idea that creation was not the work of God – a war between science and God – there’s almost no science in it at all.

Instead, the closest we get to the science is seeing Darwin poking a few pigeons in a shed in his garden.

Some characters spout off the odd line about how God exists – and others insist that science proves that he doesn’t – but there’s very little debate, either.

The scientists discuss among themselves that they believe they’re right. But apart from one scene, where Darwin falls out with a family friend – the local vicar – most characters shy away from arguments.

It’s almost as if the film-makers don’t have the courage to betray their own beliefs – whichever way they might fall – for fear of alienating half of the potential audience.

Oddly, the film has not yet secured a release in the United States, where the religious right would angrily dispute Darwin’s conclusions – yet the way most of the characters are portrayed here, it feels like the film-makers regard the scientists as the bad-guys and the God-fearers as the good-guys. It almost feels like a film about Darwin, made by creationists. If this was a conscious effort to avoid frightening off the religious right, it appears to have failed.

But sadly, this film isn’t about science or debate – it’s about the internal torment of a bereaved father and guilty husband. And such a film needn’t be about a character as important and influential as Darwin.

It’s almost a waste of his life story. Bereaved and guilty characters are not unusual big-screen fodder – the man whose research changed our understanding of human existence doesn’t get as many opportunities to shine in the cinema, and here, he’s kept in a box.

As he struggles to cope with the loss of his daughter, there comes a point where you realise that this is a film where Jennifer Connelly, in period costume, is running around after a brilliant scientist who’s talking to someone who isn’t there – it’s like watching A Beautiful Mind all over again.

Like that Oscar-winning film, the production design here – from costumes to sets and props – are every bit as authentic and convincing. And there are some fascinating directorial flourishes. But we get little sense on how the contents of his jars led him to his theory of evolution and rather than seeing the great scientist at work, we see – soap-opera-style – the tortured loser. We’re even treated to the apparent inconsistency of a man for whom science comes before everything – yet when it comes to medical treatments, he prefers new age water treatment to drugs. I don’t think this film is clever enough for this contradiction to be a clever metaphor for the conflicts he was going through.

The film had an unnecessarily fractured time-line which confused matters without, in any sense, heightening tension or interest, and sadly, the awe-inspiringly beautiful Connelly (Bettany’s real-life wife) couldn’t pull off a convincing English accent – and because of the tensions in their (on-screen) marriage at the time, can’t even inspire any chemistry – but I did say there was no science in this.

It took Darwin years to get down to writing his book. And it feels like it takes years to watch this film. But there’s nothing life-changing that will stay will you at the end of watching the film.

It’s probably one case where you’re better off reading the book.