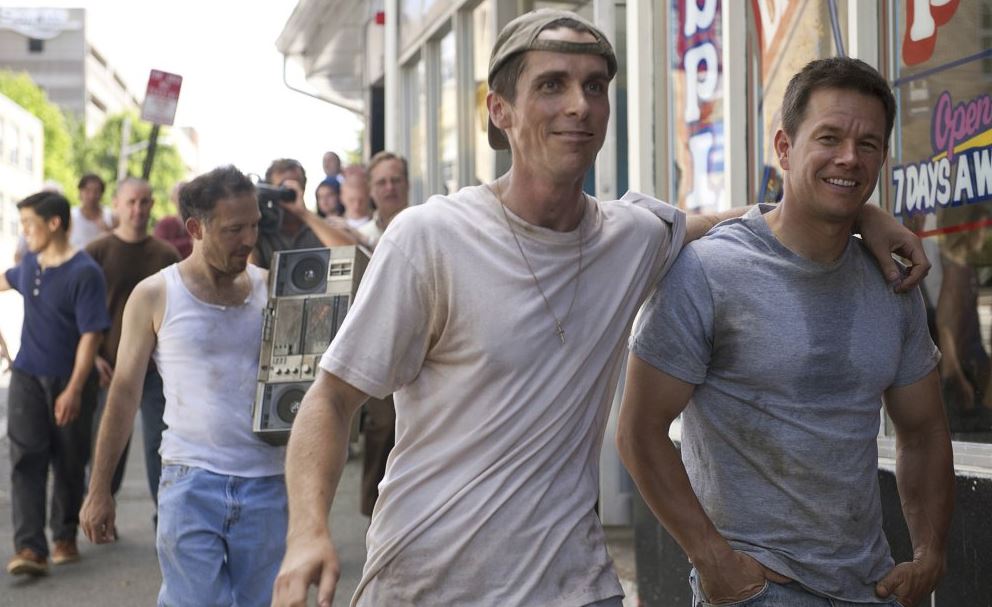 Dicky Eklund (Christian Bale) is yesterday’s man – a former champion boxer, now reduced to living in a drug-den with a bunch of fellow addicts, clinging onto the boxing world vicariously through his promising younger half-brother Micky Ward (Mark Wahlberg).
Micky has just hooked up with local barmaid Charlene (Amy Adams) who gives him the emotional support he needs to reignite his career.
His fights are booked by his Mum Alice (Melissa Leo), who always has a gaggle of trailer-trash daughters in her wake.
Dicky is his sparring partner, he’s trained by the local cop and his Dad, almost invisible among all the egos, supports him quietly from the shadows.
As the months roll on, “Irish” Micky Ward – as he becomes known – grows in confidence, his fights get bigger and the glory tastes sweeter.
But as the stakes grow higher, Micky is under more pressure to succeed – and tensions grow within his entourage.
Dicky has a spell behind bars, after which Charlene, who never got on with the mother and sisters, turns against the brother too.
She doesn’t want anyone or anything to get in the way of his success – everyone wants not just a piece of him, but they want him for themselves.
There’s almost more fighting going on outside the boxing ring than in it in this powerful drama of family strife and sporting endeavour.

The drama here works on so many levels – whether it’s the combative but supportive relationship between the brothers, the unbridled animosity between Charlene and Micky’s mum and the ugly sisters or of course the struggle against the odds for the plucky, hen-pecked boxer to become a champion.
David O Russell effectively conjures up 1980s Lowell, Massachusetts, as a working class small-town that pins its hopes and dreams on the shoulders of one Irish immigrant family.
The performances are impressive across the board – with all four of the key cast (Wahlberg, Bale, Leo and Adams) getting nominations at the Golden Globes, and Bale and Leo picking up trophies courtesy of the HFPA and SAG. You have to feel sorry for Mark Wahlberg – the only one not to get a nod for the Oscars in a strong field, despite delivering a tremendously sympathetic turn, as strong as any we’ve seen from him and contrasting delightfully with last year’s one half of a mismatched comic cop duo in The Other Guys.
Bale also shines as the magnanimous has-been, who – desperate as he is to help his brother succeed – can’t help his own life drifting into his own, welcome hell.
The Fighter very much fits into the ‘Rocky’ mould – with a working class no-hoper battling the odds and the best boxers on the circuit, front-loading the film with drama and giving way to more boxing scenes towards the end – but despite its familiarity, it doesn’t feel tired.
David O Russell doesn’t pull his punches with his breezy and fresh direction, bringing both the talking and the fighting to life – and any boxing fans can delight in the knowledge that they could save a lot of money on pay-per-view, as the tail end of this film feels like a highlights reel from the best fights of the year, with the added bonus that you know the guy you want to win is going to win.
Against the odds, of course.
You know where it’s going – who’d pay millions of dollars to make a movie about a loser – but it’s still gripping, both inside the ring and outside.