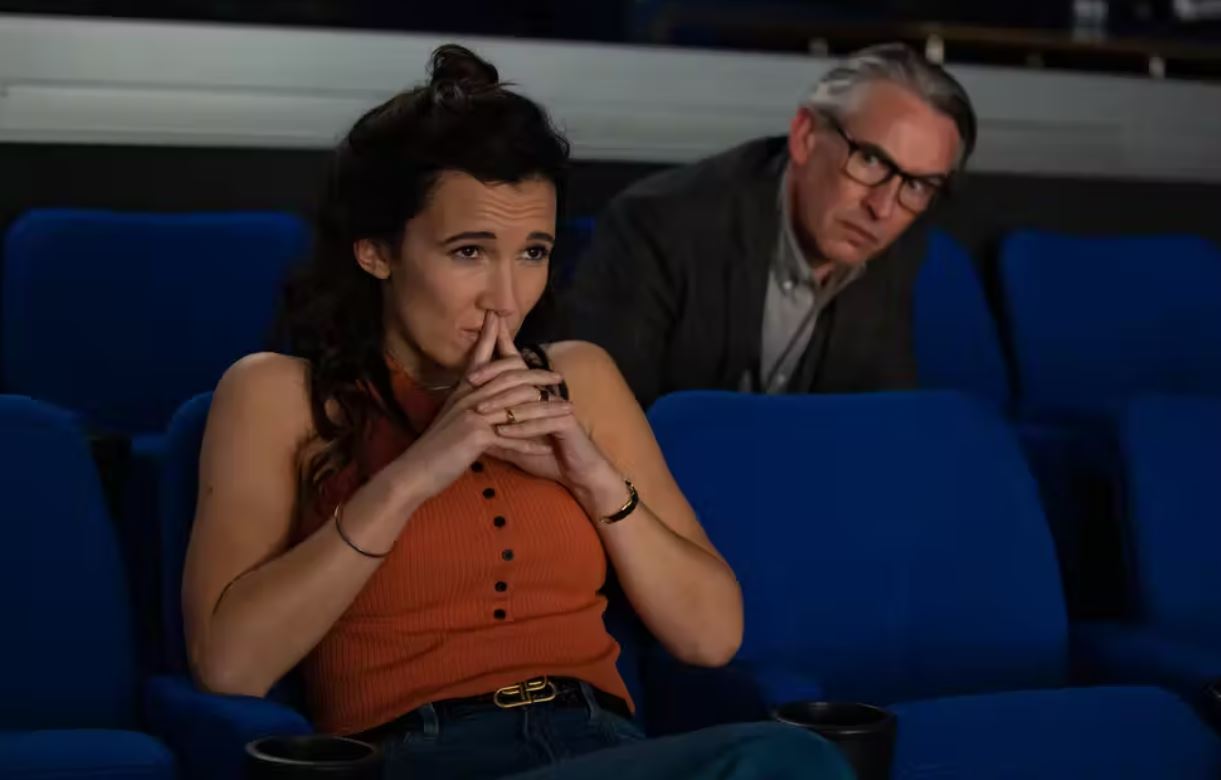 In a post Me Too Hollywood, the studio boss Fraser (Peter Mullan) isn’t happy with the way a controversial Second World War film is turning out. His lieutenant Jean (Wanda Sykes) gets the producer Cameron (Steve Coogan) to call in a respected feminist director Bobby (Sarah Solemani) to take the reigns.

Cameron is steeped in the ways of old Hollywood – having relationships with younger assistants, without thinking anything of it – and Bobby is comfortable, charging onto the set, like a bull in a china-shop, imposing a female-centred perspective on an industry drowning in machismo.

The star (Sienna Miller) is relieved to have a new director to put Cameron in his place , but when an intimacy adviser (Aisling Bea) is brought onto the set for the all the sex scenes, even Bobby feels her creativity is being challenged.

As they try to get the film in the can, Bobby’s own relationship starts falling apart, as she prioritises her career over her family. And despite Bobby coming from a very different place from Cameron, and opposing everything Cameron stands for, could fate be pushing them together after all?

The first two episodes of this six part sitcom feel like an important expose over the contradictions thrown up by the Me Too earthquake in Hollywood. Does having more influence mean that women can’t fall in love with powerful men on set? Are graphic sex scenes OK if they’re directed by women, rather than by men? Is it more important for everyone to feel comfortable on set – or for the film actually to get made on time and on budget? Chivalry looks like it’s going to deconstruct what’s happened to the film industry, a few years after the Weinstein scandal shook it to its knees.

But by episode 3, it’s all change. Bobby’s relationship breaks down and she starts questioning whether being a feminist is compatible with working in the business after all. Is the show losing the courage of its convictions? Does it just feel that it’s done the satire and can move onto a more standard show about relationships?

With British stars immersed in Hollywood’s entertainment industry, Chivalry feels a lot like an updated version of Episodes, although – in truth – even back when that show emerged in 2011, we (and they) already knew that the womanising of that show’s version of Matt LeBlanc was outdated and unacceptable, suggesting that Me Too might not actually be as innovative and ground-breaking as the new Hollywood  suggests.

There’s another satirical interlude where the characters find themselves conflicted over how to deal with a topical case of cancel culture but it doesn’t quite have the courage of its convictions.

Steve Coogan does a good job as a slightly exasperated once-powerful man, now a little out of his depth in this new world – he comes across as a confused, frustrated rabbit in the headlights, doing his best to adapt but inadvertently reverting to type, when he stops to breathe. Can someone, so steeped in bad practice resist temptation when he’s trying his best to change? This is another comic grotesque, but more empathetic than many of his other creations.

His co-writer and co-star, Sarah Solemani, also delivers a suitably complex and conflicted performance as a director who appears to be sacrificing her family in order to make the most of the power the movement has finally given her. It raises the interesting question as to whether the industry might have developed the way it did because when push comes to shove, that’s often the choice that many women make.

When it’s lampooning the industry – and the way it’s responded to the crisis – it’s sharp, witty and thought provoking, not least thanks to a handful of breezy celebrity cameos – Paul Rudd and John C Reilly are particularly fun.

You’re never quite clear whether they’re simply describing the way the industry has become – or whether they’re commenting on how much better or confusing it has become, but it’ll get you thinking – and laughing – although depending on where you’re coming at it from, you’ll find yourself laughing at different things.

But when it switches to more of a will-they-won’t-they relationship dramedy, leaving the modernisation of the industry aside, it’s just like any other show that explores the toll stressful jobs can have on those involved and their friends and families; it’s less original, less interesting and has less to say – not just about the new world but the characters inhabiting it.