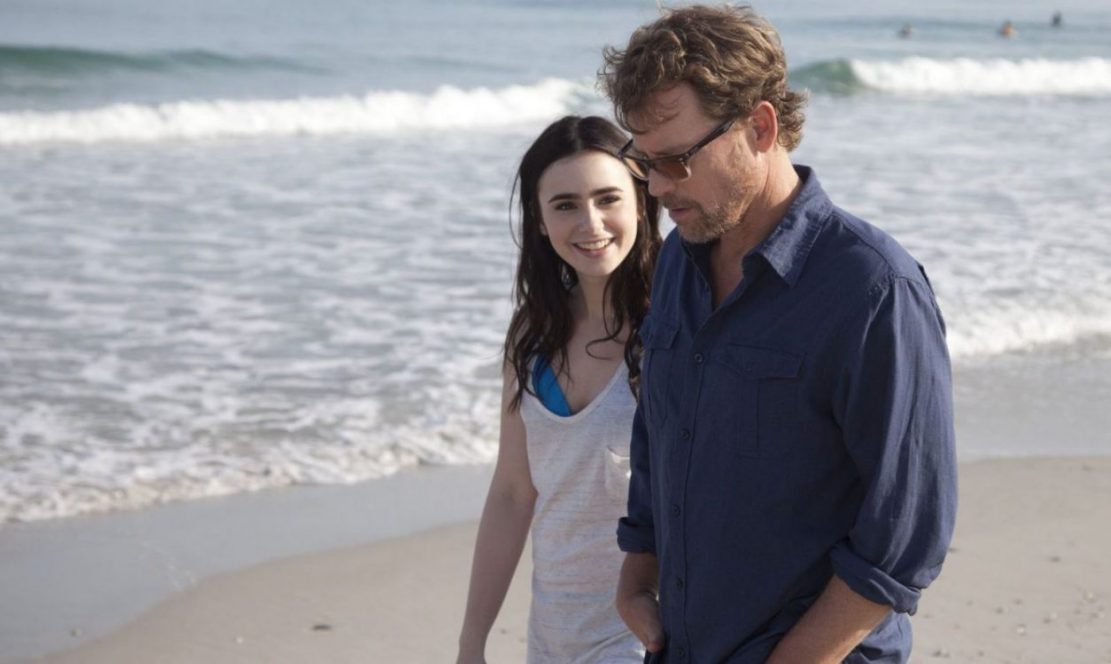 When his daughter Samantha (Lily Collins) comes home from university for Thanksgiving, she surprises them with the news that she’s getting a book published.

Samantha is emotionally cold, with a heart of stone. She goes for the alpha male, the lead singer, but not because she wants to settle down with a man who could father her children – she just wants to show herself she can sleep with any man she wants, without having to commit to anyone. Her bitterness comes from having seen her mother Erica (Jennifer Connelly) leave Bill for a younger man.

With a big crush on Kate (Liana Liberato), the girlfriend of the class bully, Rusty is more of a romantic, taking after his father, who, three years after Erica left him, is still peering in through her living room window, hoping to see her arguing with her new man – while he has a meaningless fling on the side with Tricia (Kristen Bell), the hot blonde who lives along the beach.

Over the course of a year, Bill tries to win Erica back, Erica tries to rebuild her relationship with Samantha, Rusty tries to make things work with Kate and Samantha tries to stop things working with Lou (Logan Lerman), a charming young beta male, who plays backing guitar.

Dysfunctional families, unrequited love, emotional cripples – how many movie cliches can be squeezed into a single film, before it bursts?

Everything you see here is par for the course for the angsty low-budget American independent sector.

There are very few surprises – not believable ones, anyway – as a somewhat corny and contrived web of tales about various people being “stuck in love” (or indeed out of it) weave in and out of each other.

Having its central characters being writers is meant to give the film a sense of intellectual gravitas, but the screenplay seems to be a little out of its depth in this sense, making the characters seem more pretentious than bright.

Too many of the characters are saps, losers or grotesques – particularly the supporting characters, among whom you’ll find a drug-addicted school-girl and a terminally-ill cancer patient. One of the biggest problems is that Lily (Phil’s daughter) Collins’s character is too selfishly unlikeable to carry the audience with her.

But first time director Josh Boone’s best decision was to centre his film on Greg Kinnear, an actor with confident but unassuming charm, who can lift any script. Casting Jennifer Connelly alongside him was also a winning move; time and time again, despite most of what she’s asked to do being laced with cliche, the emotion she squeezes into a role makes it hard not to catch a frog in your throat.

Little feels fresh or enlightening about this second-rate, familiar box-ticker, but while Kinnear or Connelly are on screen, it’s far more charming and likeable than it has any right to be.