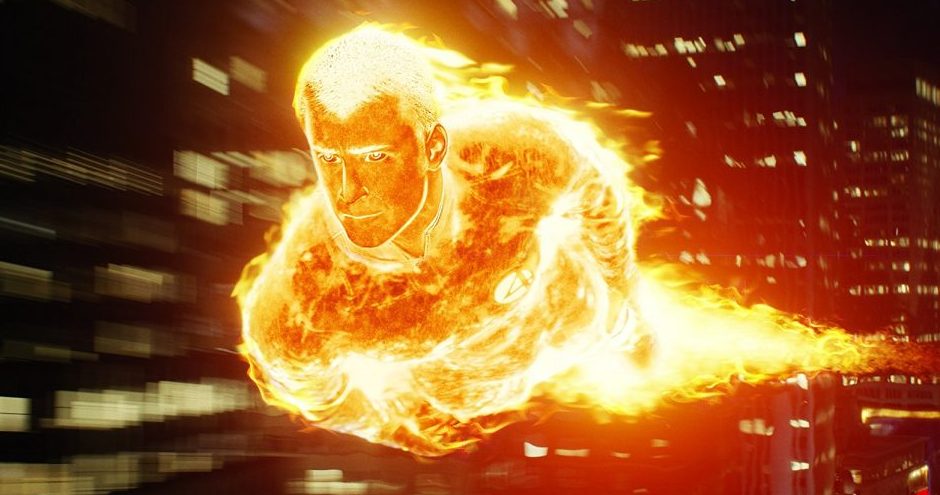 Following a powerful encounter with cosmic rays the scientist along with his team and his benefactor, Victor Von Doom (Julian McMahon), discover on their return to Earth that they have super human powers.

Richards can bend and elongate his body, his best friend and astronaut Ben Grimms (Michael Chiklis) is strong beyond belief, and looks like a rock, Sue Storm (Jessica Alba) can become invisible while her hot headed younger brother Johnny (Chris Evans) is a human torch.

They join forces to protect the citizens of New York against any possible threat including their nemesis, Dr Doom.

Yet another set of Marvel comics superheroes get the Hollywood treatment making it onto the big screen.

Full of action packed scenes laden with special effects this is guaranteed to keep kids entertained but a bit thin on the ground for adults.

This is no X-Men. The plot’s flimsy and the characters are a bit two dimensional and not interesting enough for you to care about them. Their super powers aren’t that fantastic either.

Jessica Alba is great eye candy for the men as the invisible woman (an oxymoron in terms) while Chris Evans and Julian McMahon will keep the female audience happy.

Evans has the best one liners and makes for an entertaining double act with Michael Chiklis (The Shield) as The Thing.

The very dashing Ioan Gruffudd (King Arthur/Hornblower) gives a solid enough performance while McMahon makes for a steely villain but the film takes itself a touch too seriously at times.

This is one purely for the kids.