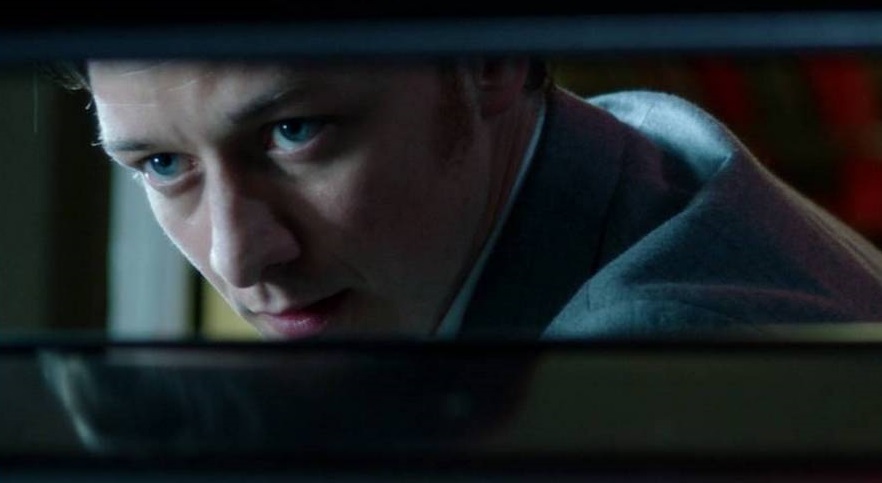 Simon (James McAvoy) is an auctioneer at a prestigious London auction house, well trained in the procedure for handling art thefts. So when a gang tries to steal a painting that’s just sold for more than £25 million, he knows exactly what to do.

Practice doesn’t always make perfect though, and the gang leader Franck (Vincent Cassel) manages to knock Simon out and get away with the package he was trying to protect. But things haven’t worked quite as Franck has planned either; when he gets the package back to his base, he realises that it doesn’t contain the painting.

Franck hunts Simon down and demands to know where the painting is. But since Franck knocked him out, Simon can’t remember anything.

Franck decides to send Simon to see hypnotherapist Elizabeth (Rosario Dawson) to see if she can help him remember what he did with the painting, without her realising what’s going on, but as Simon’s memory starts to return, Elizabeth gets drawn deeper into the scheme than anyone could have expected.

Any new film by Danny Boyle is always an exciting prospect and visually, Trance lives up to the expectations – it’s a stunningly photographed, fast-moving, psychological crime thriller that twists and turns and keeps viewers on their toes as the complicated plot unwinds and the complexity of the characters gradually becomes clearer.

Having made his most recent – and most successful – films, 127 Hours and Slumdog Millionaire, with writer Simon Beaufoy, Danny Boyle has returned to the work of John Hodge, who penned his big-screen calling cards, Shallow Grave and Trainspotting. The pair haven’t worked together since the underwhelming A Life Less Ordinary and The Beach, so the director was perhaps trying to rekindle the earlier magic.

Based on a 2001 TV movie by Hodge’s co-writer Joe Ahearne, Trance begins with the vitality you’d expect from the idiosyncratic Boyle, bursting with energy as the characters are introduced and the heist is brought to life. But the second act feels like it’s from a different film altogether, being little more than a succession of hypnotherapy sessions – Elizabeth putting Simon to sleep, then putting Franck and his fellow gang-members to sleep, then sleeping with Franck and then sleeping with Simon.

The third act degenerates into a messy chase through London’s grimy old dock yards, with the kind of guns and explosions that you’d expect from that other British movie Danny, Dyer.

The film is full of intrigue, betrayal, double-crossing, split allegiances and selfishness – to the extent that as difficult as it is to keep up with who’s doing what to whom, it’s not entirely clear that the film-makers know what’s going on themselves – at best, they’re trying to be too clever, which doesn’t make for satisfying viewing.

With a film called Trance, with so much of the plot unfolding during a character’s hypnotic sleep, it’s all too easy for the narrative to descend into multiple layers of different realities. The film-makers might pat themselves on the back for getting one up on us viewers, but equally, it could just be an excuse for incoherence or worse laziness.

It’s a shame that a good-looking film, with a good-looking cast that gets off to a cracking start, worthy of the Oscar-winning director, degenerates, act by act, into a genre piece that uses the skeleton of its narrative to try to trick and mislead the audience, presenting us with a somewhat unsatisfying mess that isn’t as profound or convincing as the film-makers clearly believe it to be.

At best Boyle’s efforts are ambitious and interesting, at worst, manipulative and disappointing. Based on this, he might like to see what Simon Beaufoy is working on next time.