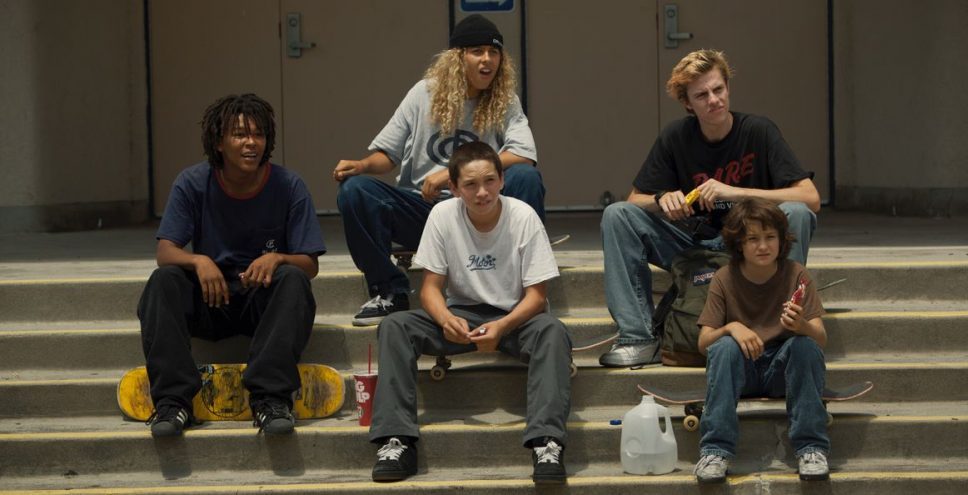 He befriends a group of older teenaged skateboarders, who – over the course of one summer – give him a crash-course in adolescence, from smoking and drinking to his first encounter with girls.

Most people will know Jonah Hill as the slightly podgy one from comedies, including Superbad and Knocked Up, dramas, such as The Wolf of Wall Street and Moneyball and more recently, a film somewhere in between, Don’t Worry, He Won’t Get Far On Foot.

But this time, he’s behind the camera for the first, directing a warm-hearted coming-of-age film, set in the era he grew up in, the mid 1990s.

Authentic as the setting feels, it’s a period a little recent and lacking in personality to feel particularly nostalgic, apart from the odd Nirvana song in the background.

So it’s completely down to the story – of which there is very little – and the characters to carry the film. And from the moment you first see Lucas Hedges smack his little brother around the head, you’re willing Stevie to get out of the house and find someone a less nihilistic to spend his summer with.

And to everyone except his mother, even a bunch of largely eccentric and often psychopathic skateboarders – with nicknames including Fuckshit – will be preferable.

Last seen in a small role in The Killing of a Sacred Deer, Sunny Suljic is a revelation as the cheeky and naive young go-getter, looking to be inspired by something bigger in life.

With his largely unknown cast – particularly in the leading roles – Hill is right on point as he explores the way the relationships unfold – one boy befriends Stevie but largely because he believes he can bully him, but when an older teenager takes him under his wing, the first boy turns against him.

In this band of misfits, Stevie has finally find a group of people he can respect and look up to in the way he can’t to his own older brother and his desire to impress them and keep up with activities, more suited to adulthood, is by turns authentic and uncomfortable – particularly when his first foray into sexual awakening, while it might be many a young boy’s dream, is – in reality – closer to child abuse.

Hill effectively celebrates their exuberance and their love of the outdoors, contrasting this with the introverted bully of a brother who needs a release as much as Stevie does, but doesn’t have the wherewithal to look beyond his computer games console for one.

But some of the relationships within the group feel contrived to make the plot unfold and despite its refreshingly short running time, it still feels a little slow and deliberate to get to the point.

It’s a film about a young teen, looking for an escape from his hum-drum home-life, who finds a kooky gang to while away the hours with – but aside from the skateboarding, apart from the forbidden excitement of a little drinking and smoking, there doesn’t really seem to be enough going on to entertain a thirteen year old for the summer and he doesn’t really have enough in common with the others to form a believable friendship, leaving you feeling he should just find some friends his own age.

Mid90s is an efficient enough first outing for Hill, but not quite adding up to the sum of its parts, this is not yet his coming of age as a director.