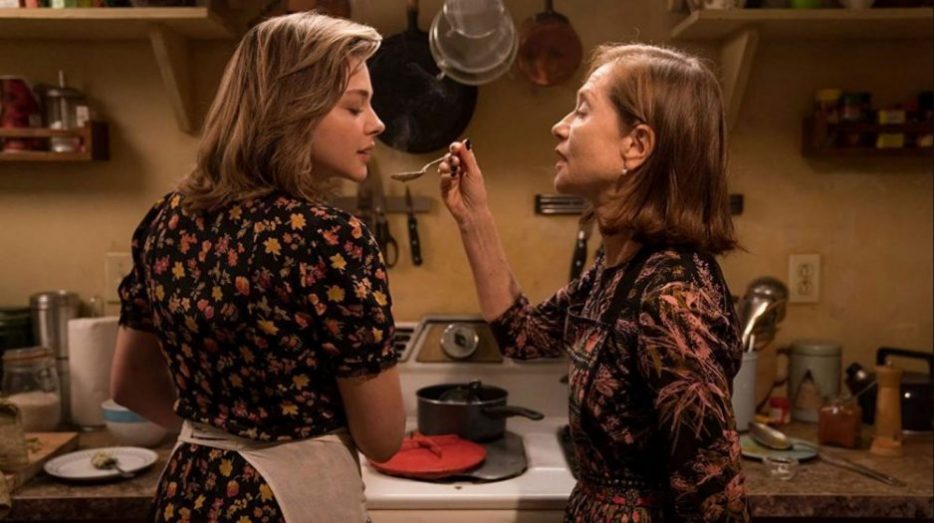 Newly arrived in New York, Frances (Chloë Grace Moretz) is a waitress in a fancy restaurant and shares an apartment with her wealthy socialite friend Erica (Maika Monroe).

One day, Frances finds a handbag that someone has left behind on the subway and against Erica’s better judgement, traces the owner and delivers the bag back to her home.

She turns out to be a hugely grateful and welcoming, older French woman, Greta (Isabelle Huppert), who’s been living on her own since her daughter moved to France. Frances has felt similarly lonely since the death of her mother and the two hit it off in a mother-daughter kind of way.

But while she’s round at Greta’s for dinner one day, Frances makes a discovery that forces her to reconsider the friendship – and soon, she finds that she can’t get Greta out of her life again.

Director Neil Jordan’s thriller is one of those films that turns out to be more entertaining than it has any right to be.

It’s clear that Isabelle Huppert’s eponymous Greta is a little unhinged from the outset, particularly if you’ve seen the poster, featuring a photo of her brandishing a pistol. The naivety of Chloë Grace Moretz’s Frances is initially endearing, but begins to grate slightly when scene after scene, she takes the kind of wrong decisions that are required by protagonists to push plots forward.

As the narrative starts to unfold, the elements start to slot together quite nicely, but there are a number of points that will make you step back and think, “Really?”

If you’re comfortable with police officers who say there’s nothing they can do about stalking or protagonists who run away from danger – down into a basement – then even though the plot rapidly shifts from nail-biting realism to corny schlock horror, Huppert’s calculating  determination is mesmeric – and who can’t identify with someone who just wants a little company – even if most of us aren’t so depraved as to go to such lengths. You’ll constantly want to know what’ll happen next – even if it’s usually a little disappointing when you find out.

The direction is taut and effective, but Jordan uses the score as a rather blunt instrument, just in case viewers aren’t sure when to be nervous or surprised.

There’s a strong idea at the heart of this, even if the execution could have been a little more thoughtful.

With knowing nods to the past – Jordan’s frequent collaborator Stephen Rea making a cameo and Isabelle Huppert teaching piano, in a throwback to her psychological thriller The Piano Teacher – even if it doesn’t quite add up to the sum of its parts, there’s much in Greta to engage you – and frustrate you.