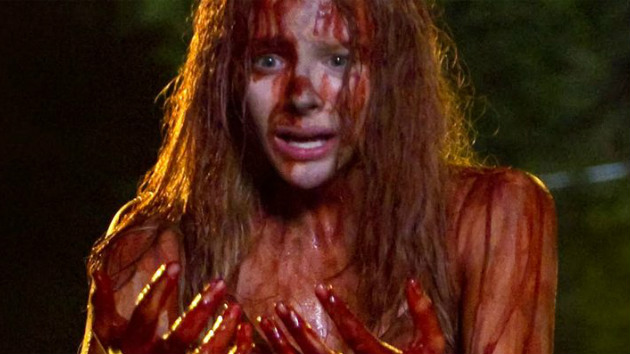 Carrie (Chloë Grace Moretz) is a troubled small-town high-school girl. She has no friends and is mercilessly bullied by the cool kids.

Her home life is even more unbearable; her mother Margaret (Julianne Moore) is a religious fanatic who self harms and frequently punishes Carrie by locking her in a cupboard that’s been set up as a religious shrine.

When a gang of girls pushes Carrie a little too far, she realises that she has telekinetic powers that enable her to move and break things from a distance.

A sympathetic teacher (Judy Greer) tries to help Carrie fit in, while one of the cool bullies (Gabriella Wilde) breaks ranks, wracked with guilt, and persuades her boyfriend (Ansel Elgort) to take Carrie to the prom.

But Margaret doesn’t approve of her daughter trying to assimilate, while the other girls see prom as their best chance yet to make Carrie the laughing stock of the school.

The tension, bitterness and shattered hope can have only devastating consequences for all those involved.

Director Kimberley Peirce has given us no reason for the updating of Brian De Palma’s 1976 horror classic, in which the creepy Piper Laurie added to the existing woes of her troubled daughter, played by Sissy Spacek, in the first of many works to be based on the writing of Stephen King.

In the 1970s, there weren’t as many high school films, or indeed youth horrors, but when both genres are ubiquitous in Hollywood, this new version has little fresh to offer.

But worse, it doesn’t even stand up to scrutiny in its own right; every character is without fail either evil or angelic – there’s no grey here, making for an obvious narrative with few surprises.

Chloë Grace Moretz does the best she can with the material and Julianne Moore is sufficiently creepy.

For newcomers to teen horror, the film is entertaining enough, but young film goers would get more from De Palma’s original – or indeed the many better youth horrors of recent years.