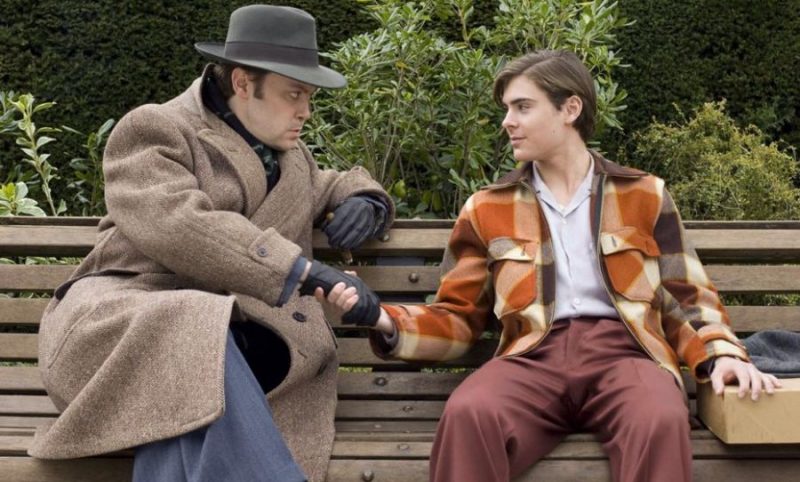 In 1937 New York, Richard (Zac Efron) is a high school student with dreams of being a Broadway star.

Through a remarkable stroke of luck, he happens to be walking past the Mercury Theatre, as a young actor is booted out of the door – and thanks to a remarkable stoke of bravado – he manages to persuade the director, Orson Welles (Christian McKay) to give him the role of Lucius in his ground-breaking fascist stage version of Shakespeare’s Julius Caesar.

Over the next week, Richard has a steep learning curve to prepare for the role, while Welles is struggling with his own problems – personal and professional – to bring his vision to the stage.

Welles is working his way through all the women in the company – including his secretary, Sonja (Claire Danes) – while his business partner John Houseman (Eddie Marsan) is pushing him for answers – not least, when is the show going to be ready.

Welles takes Richard under his wing and coaches him in everything he needs to know – but when he steps out of line and falls for Sonja himself, the scene is set for an off-stage story, almost asdramatic as what Welles is directing on-stage – and the overbearing Welles is clearly at the helm in real life too.

Coming from Richard Linklater, as you might expect, this film is very much about sharp dialogue and good performances. Christian McKay, in particular, is remarkable, with a powerhouse performance that is already being recognised with nominations at the start of the film awards season.

High School Musical star Zac Efron – not yet known to most people in their teens or older – does all he can with the role, but it’s one of those central characters who doesn’t have a particularly interesting or surprising path – and when he starts taking decisions that we clearly know are wrong, it makes it hard for us to identify with him – always bad news from a film-making point of view.

The plot – in general – is small, linear and fatalistically predictable. It’s probably not unlike the goings on backstage at any number of theatre companies and it’s only the fact that the front-man here is Orson Welles that makes us feel obliged to be interested.

But why on earth would a beautiful young secretary choose a schoolboy over a man who’s clearly on the way to being one of the most influential creative entertainers of his generation? The boy is deluded – and while his initial pluck is admirable, we can see him throwing it all away and so the inevitable ending doesn’t carry the emotional kick that it should.

We haven’t learnt anything about the human condition – and there’s no true sense of whether Richard has learnt from his adventure either.

The film feels – understandably perhaps – very stagey, but it’s worth seeing for McKay’s performance alone and the sense of period works too – but as a drama, it’s about as mature as the High School Musical movies Efron is more used to.

You’ll want to see McKay again – but you won’t be calling for an encore of this film.