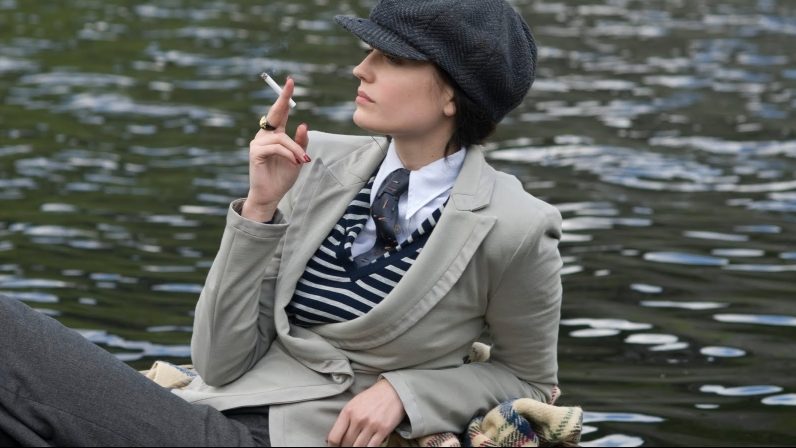 At an exclusive private girls’ boarding school, Miss G (Eva Green) is a young teacher and former pupil. It’s as if she’s never been away.

She’s a form teacher who commands the total respect of her class – chief among them is Di (Juno Temple), the teacher’s pet and captain of the school high-board diving team.

Di is one of those tiny people who overcompensates for her lack of height by being a bit of a bully to ensure that even if her class-mates look down on her physically, they look up to her metaphorically.

So when a beautiful Spanish heiress Fiamma (Maria Valverde) joins the class, all the long-settled dynamics are thrown into disarray.

Fiamma just wants to fit in, but the more most of the girls grow to like her, the more Di feels pushed to the sidelines.

Fiamma doesn’t fall under Di’s spell, but Miss G falls under hers, creating a sense of longing on the part of Miss G and unbearable jealousy on the part of Di.

Di is determined not to let the interloper get the better of her and will do anything to steal back the love of her teacher and friends.

With a background in pop promos, Jordan Scott gets her break with her debut feature film, courtesy of her dad, producer Sir Ridley.

He insists that he trusted her to get on with it and spent only half a day on set, and she was delighted that he didn’t interfere.

In some areas, she succeeds – the themes are well developed, she creates a convincing sense of period and cultivates strong central performances – but the film feels claustrophobic and seems a little confused about who is at its heart.

Is it a film about a teacher, struggling to come to terms with the fact that girl and adult, she’s never experienced anything outside the walls of the school?

Is it a film about a girl who’s fought her way to the top of the school hierarchy and will stop at nothing to stop an interloper taking her crown?

Is it a film about an outsider who turns up, tries to fit in and ends up shaking up the status quo?

In truth, the third option would be the most compelling story, but the character at its heart is the least compelling, creating an imbalance between the film it is and the film it should be, which doesn’t make for a satisfying emotional journey.

Set in a prim boarding school, full of wealthy children, the arrival of an even more wealthy heiress from an exotic foreign land is the perfect launching pad for a film that examines emotions including jealousy, loss, longing, coming to terms with one’s own past as one strives for a better future.

It’s a powerful drama, neatly played by the three leads, although some of the supporting actresses, running around behind them, often feel like wallpaper, filling the background, with little to justify their individual existence.

It’s almost certainly the kind of film that will have more resonance among female viewers, who will be better able than men to identify with the bitchy, catty rivalries and insecurities.

But for the beautiful cinematography, courtesy of Scott’s father’s frequent collaborator John Mathieson, the twisted and tragic lives of the three protagonists might better have been presented on stage.