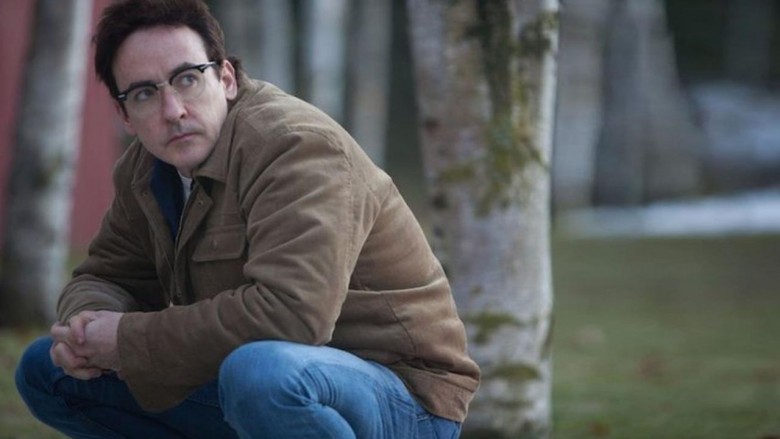 In the early 1980s, the Alaskan authorities don’t seem to be interested in following up dozens of cases of missing prostitutes, dating back years. But when one young woman, Cindy (Vanessa Hudgens) escapes from her captor, she points the finger at a respected local businessman, Robert Hansen (John Cusack), and some police start showing an interest.

A local detective dismisses the allegation against him, but state trooper Jack Halcombe (Nicolas Cage) takes up the case and quickly links Cindy’s abduction to the missing prostitutes.

With information from Cindy, Jack finds one body after another and the deeper he digs, the closer he gets to linking Hansen to the murders.

But without permission from a judge, he can’t pull Hansen in and search his house for the smoking gun that will help him close the case.

Casting Nicolas Cage as a cop chasing John Cusack’s cool, calculated killer, with the help of cute survivor Vanessa Hudges, you’d think you couldn’t miss. There’s something in there for everyone – old and young, male and female.

But in spite of – or perhaps because of – it being based on real-life murders, The Frozen Ground fails to enthrall the audience. Maybe this cop and the killer just aren’t as interesting as the thousands of others who’ve graced our screens over the years. With a whiff of such films as Se7en and the similarly-Alaskan-set Insomnia, it doesn’t feel like a vital addition to the canon of movies featuring cops hunting killers or gritty cold-cases.

There’s no mystery over who the killer is for either the viewer or Cage’s state trooper. The police work isn’t especially clever. The action goes from dingy basements, through seedy nightclubs to vast wildernesses. We’ve seen it all before, so we need a reason to want to see it all again.

And true story or not, it lurches from one cliche to the next – a respected businessman stands accused of mass murder, the only witness is an out-of-town hooker and the police officer who’s handed the case begins by declaring that he’s the wrong guy to take on the investigation, because he’s retiring in two weeks.

Cusack is better known for portraying nice-guys, so it’s interesting to see him playing against type, but he was too two-dimensional here – either a pleasant husband and father or a sadistic serial killer, with little examination of how the two come together. He was far more creepy in the recent The Paperboy.

If you’ve never seen a police procedural serial-killer film, this is worth a look, but if you’ve seen more than a couple of other movies of this type, this has disappointingly little to offer.