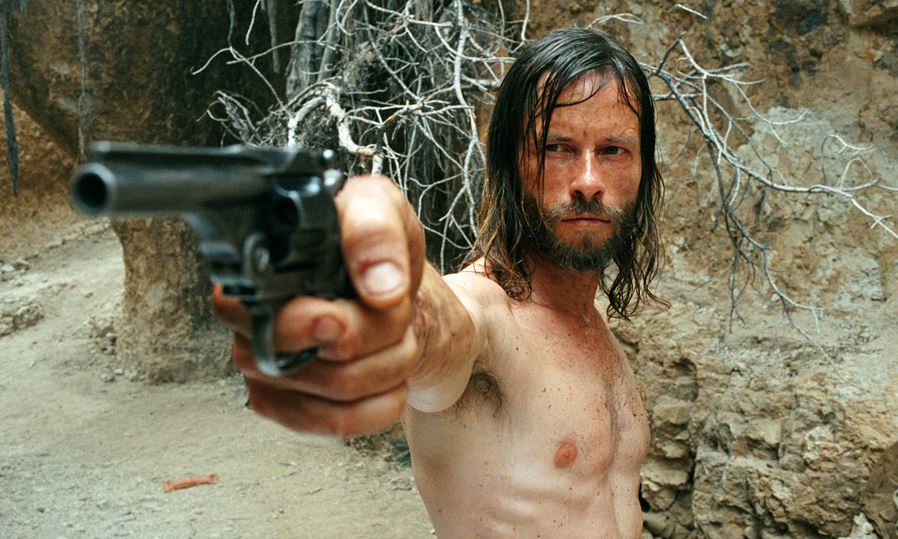 Towards the end of the British colonial period in Australia, Captain Stanley (Ray Winstone) arrests outlaw Charlie Burns (Guy Pearce) and his younger brother, after a fierce gunfight.

Charlie sets off, through the searing heat of the outback, in search of his infamous sibling, not quite sure what he’ll do if and when he finds him.

This is an uncompromising look at the British attempt to maintain order in late nineteenth century Australia, with the outback torn apart by Irish outlaws.

Fearless performances from antagonists Guy Pearce and Ray Winstone bring to life the tough reality of the futile and constant conflict between the two sides.

Captain Stanley’s doting relationship with his long-suffering wife (Emily Watson) shows that even the most fearsome lawman has a gentler, human side.

This emotionally draining script – from Nick Cave – has little levity and the violence is as unforgiving as the bleak landscapes, which are beautifully photographed.