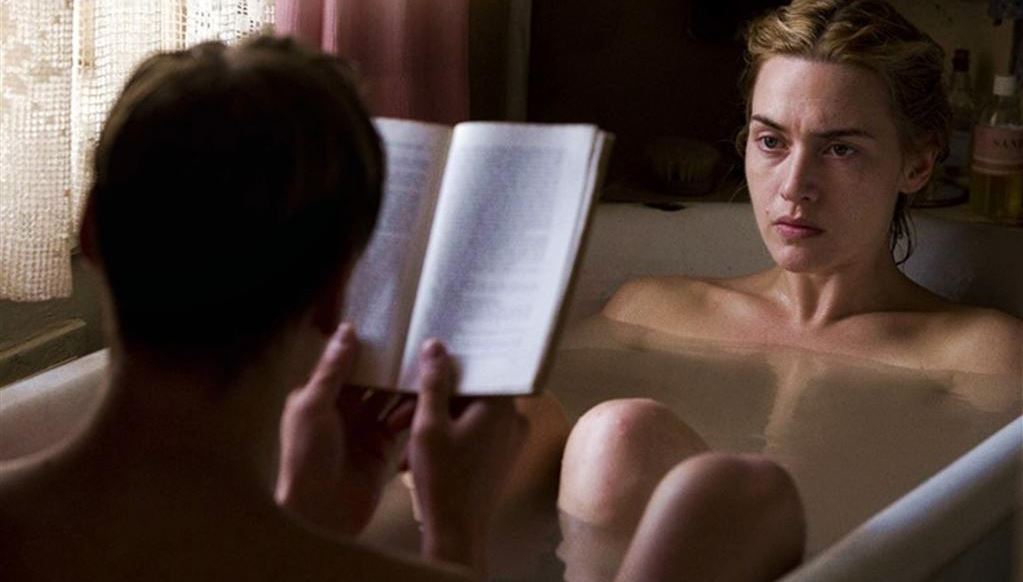 In 1950s Berlin, a sickly young Michael (David Kross) is helped home by a kindly bus conductor Hanna (Kate Winslet) when she sees him being sick in the street.

When he’s better, he returns to thank her and a passionate “coming of age affair with an older woman” develops.

Most of their encounters begin with him reading her passages from the books he’s studying at school. He becomes obsessed with Hanna, putting her ahead of everyone else in his life – including the beautiful new girl at school, who has eyes only for him.

Michael is devastated when out of the blue, as quickly as the relationship started, Hanna disappears.

A decade later, Michael’s law professor takes the class to see a Nazi war crimes trial as part of his university course, and Michael is shocked to find that one of the wartime concentration camp guards, accused of allowing hundreds of Jews to die in a fire, is Hanna.

Her sentence depends on whether she wrote a report on the incident and her pride stops her telling the court why she couldn’t have. Michael is the only person who knows it couldn’t have been her and for the rest of his life, he is tormented by the guilt that stems from the decision he makes.

That this film – based on a German book – addresses Germany’s guilt at the Holocaust – and the way many people who knew about it kept silent – is clear.

With the story unfolding from the perspective of “the reader” as a middle-aged man – perhaps unnecessarily in flashback – the film attempts to work on many levels, faring better on some than others.

We are asked to sympathise with a woman who not only used to be a concentration camp guard, but who also – in her thirties – had an affair with a fifteen year old boy.

Few films have the nerve to ask their audiences to sympathise with a Nazi paedophile. It’s a testament to Kate Winslet’s talent – almost certain to secure her another Oscar nomination – that she pulls it off.

Because she does come across as sympathetic as she does, it’s her hapless young lover Michael – Kross as a young man and Fiennes in his middle age – who comes across almost as a bad guy, for keeping his secret – and hers. Is he hiding his own shame or does he think he’s protecting her dignity?

Kross comes across well, but Fiennes has little to do except show that he has been left emotionally cold by his relationship with Winslet – both as a younger and an older woman.

The most disconcerting thing about the casting in this film is that for a German story, set in Germany with Germany characters, it would almost certainly have worked better in German with subtitles than with British (and German) actors speaking English and a German accent. A German version of the film might have tackled some of the bigger themes more directly.

But the drama is powerful and moving as it tackles constantly a series of moral dilemmas and it will get you asking yourself “what would I do?”

It does feel worthy and has rather too many endings, but you’ll be unlikely to leave the cinema emotionally unscarred by the experience.