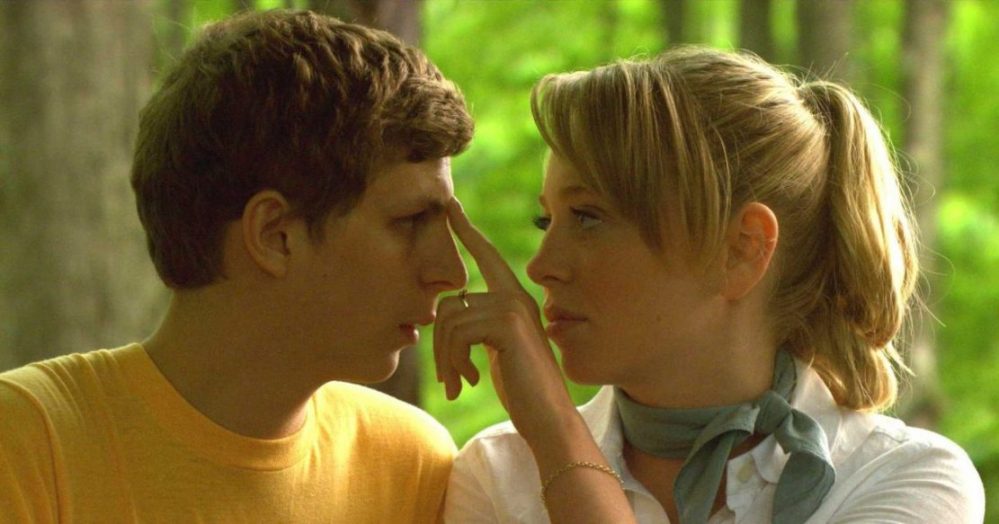 Nick (Michael Cera) is a lonely teenager from a home about as broken as they come. He lives with his mother Estelle (Jean Smart) and her boyfriend Jerry (Zach Galifianakis), who’s a slacker about as slack as they come.

When a car Jerry sells to a group of sailors breaks down almost immediately, rather than stay and face the music, Jerry, Estelle and Nick get out of town for a few days. They end up in a dilapidated caravan at a nearby holiday park.

As the typically shy, geeky teenager we’ve come to know and love in such independent American films, Nick is hopeless with women, but luckily for him, deep down inside, he has an alter ego – a cool, sunglass-wearing, cigarette-smoking ladies’ man, inspired by gangsters and French film stars – with the help of Francois Dillinger (Cera again, of course), he manages to win Sheeni over.

But when a string of mishaps and misunderstandings pulls the couple apart – and thrusts her back into the arms of her smarmy, Mr Perfect ex boyfriend, Nick (and Francois) have to pull out all the stops to win her back.

There’s the enigmatic beauty, her overbearing father and her apparently (but obviously not) perfect ex, the batty mother and the string of her inappropriate beaux and so on.

The conceit to set this film apart from the bunch is the imaginary alter-ego of its central character – although, of course, this has been done before too.

It does work nicely though – firstly, presenting the cheeky, darker side of a nervy nebbish of a character – and secondly, giving Michael Cera the chance to play against type – while still getting to play in the safety zone that’s made his name in films such as Juno and TV’s Arrested Development.

Coming from Miguel Arteta, the director behind Chuck & Buck and The Good Girl, one might have expected this to be a bit sharper and darker than it is.

Youth In Revolt lives in that quaint and quirky world of ever-so-slightly unreal small-town America that Indy movies revisit.

It has very little original to offer, but if you like slightly offbeat romantic comedies, centred on awkward teenagers – and Michael Cera’s naivety appeals – then you’ll find much to enjoy here.

For others, much of the humour will seem a little contrived and much of it can be signposted way in advance.

If you’re with the film, Francois Dillinger will be a clever, knowing nod to Belmondo and his ilk.

If not, the whole enterprise will seem rather pretentious.

At best, it’s a charming, harmless way to spend an hour and a half with a bunch of quaint and quirky characters.

At worst, it’s a pointless, pretentious revisiting of much of what low-budget cinema has been offering us since the French New Wave.