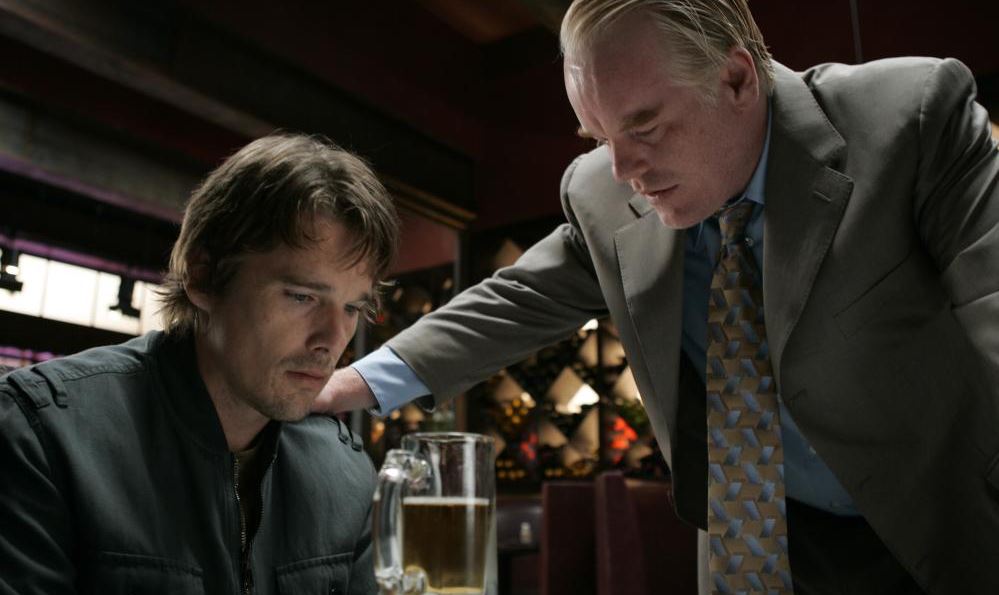 Andy’s struggling at work and Hank’s come through a messy divorce and his ungrateful ex-wife is constantly demanding money for their daughter that he just can’t raise.

Andy comes up with a plan that can’t go wrong. They’ll rob a jewellery store – the owners will get the money back from the insurance company – everyone’s a winner. And to make the job as easy as possible, he picks a jewellery store where he already has the keys and combination to the vault – the store owned by his parents.

As a respected businessman, Andy doesn’t want to get his hands dirty, so he sits it out and lets Hank carry out the job.

But Hank can’t face doing it himself, so he ropes in a dodgy friend to help him.

A job that should be a piece of cake, as movie maxims go, just doesn’t go to plan, throwing the family and all the relationships associated with it, into disarray.

This taut thriller sees veteran director Sidney Lumet, now in his eighties, right back on form.

The “heist-gone-wrong” genre is perhaps overdone, but having two brothers targeting their parents’ shop gives this a fresh feel, and makes it an effective way to combine the genre with a family drama.

The father-son relationship between Albert Finney and Philip Seymour Hoffman was powerful and convincing… Ethan Hawke didn’t seem to fit into the family as believably.

Hawke’s ex-wife was a rather complicated addition to the set-up, treating the in-laws like she was still part of the family but treating him like a broken cash dispensing machine.

The Oscar-winning Marisa Tomei returns in another rare – but strong – role, although her character’s motivation isn’t entirely clear – inexplicably, she seems to end up with the wrong brother.

The film is told using what’s becoming an all-too-common non-linear structure. Here, it’s ostensibly used to allow the story to unfold from the viewpoints of different characters. But with that in mind, it didn’t really reveal much that we hadn’t already established – or couldn’t find out – from other angles, making it seem more like a device to show off editing skills than a necessary tool to tell the story. If anything, the fractured presentation serves to hide the fact that the story isn’t perhaps as rich is the film-makers think it is.

The music was particularly evocative at ratcheting up the tension when required, and the raw performances make you feel their pain, every time their simple plan rips further apart.

It’s a dark, sparse thriller, confidently performed and presented, but by the very nature of the storyline, it’s a rather relentlessly downbeat experience.