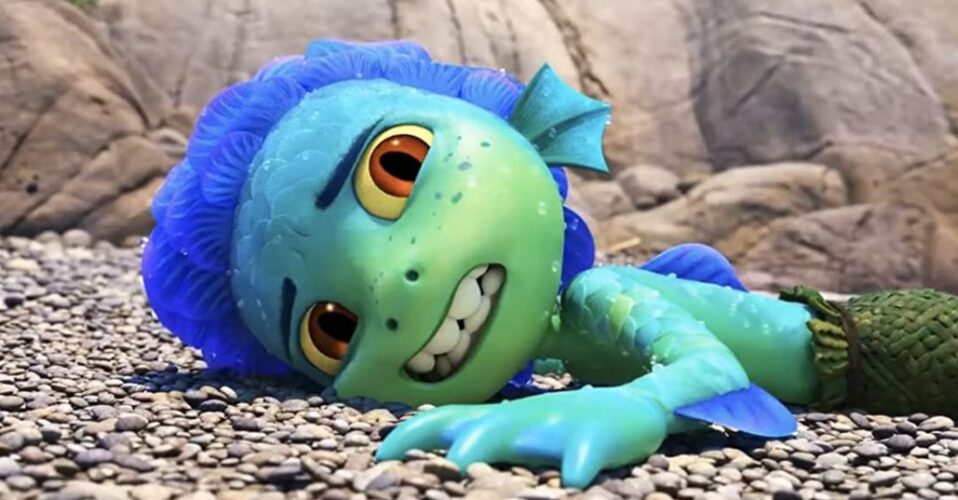 Luca (Jacob Tremblay) is a little sea monster, who lives in a community beneath the waves, off the Italian Riviera.

He’s frustrated by his humdrum life and dreams of visiting the surface – something his parents have warned him is far too dangerous to do.

A chance meeting with Alberto (Jack Dylan Grazer) – another sea monster who’s been living on land – gives new meaning to his life as he follows him to the surface and realises that it’s not that frightening at all; as long as you don’t get wet.

As they emerge from the sea, these anthropomorphic sea monsters turn into humans, but one drop of water will bring back their brightly coloured fins and scales.

Having braved the dry land, Luca and Alberto decide to try the local village, Porto Rosso, where an annual competition gives enough prize money for them to fulfil their dreams of owning a Vespa – all they have to do is swim around the harbour, eat a plate of pasta and cycle around the village.

The local villain Ercole (Saverio Raimondo) has been cheating every year to win the Porto Rosso Cup but the fisherman’s daughter Giulia (Emma Berman) has got what it takes to help them beat him – as long as they don’t get wet.

With this being another Pixar film, you know exactly what to expect – a highly polished, imaginative, colourful and entertaining piece of animation. Just like its most recent predecessor, Soul, it’s going straight to Disney+, bypassing the big screen altogether, but while Soul’s release came during a lockdown, Disney’s decision to give cinemas the miss this time might have something to do with the fact that Luca lacks the ambition of some of its stable-mates and sits perfectly well on the small-screen.

The characters are warm enough, but rather predictable and not particularly deep. Similarly, the plot ticks off all the expected twists and turns.

Luca explores the themes of friendship, loyalty and – fittingly – being a fish-out-of-water. There are also elements of exclusion and acceptance, that feel increasingly relevant in everyday life.

But unlike some earlier Pixar films, we’re not talking about life after – or before death – we’re not analysing our inner psyche. Our central character just wants a Vespa. It doesn’t really have much to say about some of life’s biggest questions, keeping it bright and breezy, shallow but fun, and perhaps more for the kids than their parents.