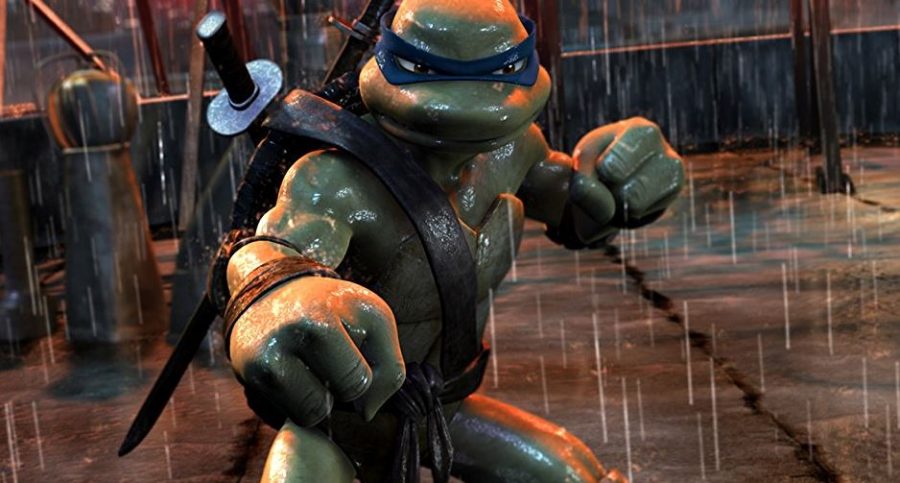 While Leonardo is finding his way – and himself – in South America, back home in New York things are awry.

His three younger brothers have lost their way. Tech-industrialist Max Winters (Patrick Stewart) is amassing grotesque looking warrior statues, bringing them back to life in a bid to round up 13 ancient monsters, which he unleashed many centuries ago.

Leo returns to unite his brothers and save the world.

After more than a decade, the pizza loving turtles are back in town in this CGI feature length film.

It’s dark, it’s edgy and with a complicated plot – a bit too complex for a kids movie, I feel.

The animation looks great and there are enough action-packed scenes to keep the little ones glued to the edge of their seats. It also boasts an A- list voice cast.

Not a huge fan of the Ninja Turtles, when they first appeared on the scene back in the late eighties, I watched this twenty-first century reincarnation with trepidation. But I surprisingly found myself hooked and entertained by the fast paced animation, the sibling rivalry and that old chestnut, good versus evil.

And the kids sitting around me seemed to love it too.