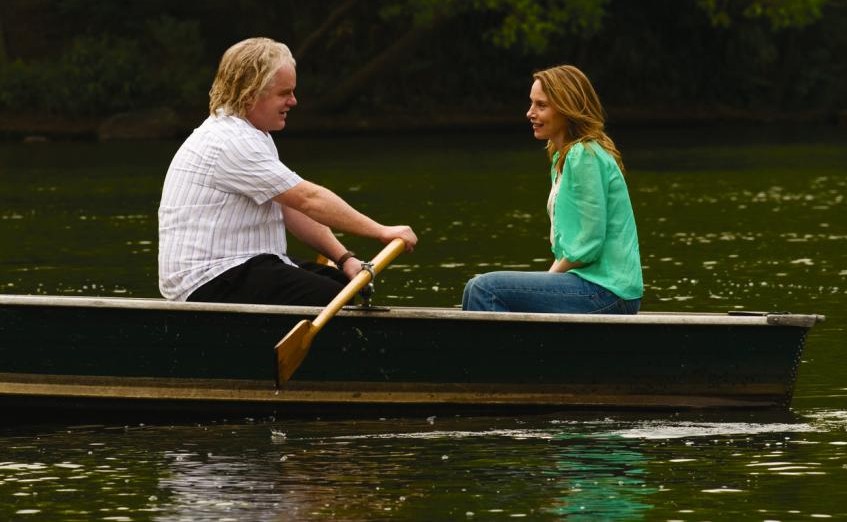 Jack (Philip Seymour Hoffman) is a lonely limo driver, who sees the life he wants played out in the back of his car, but always heads off home alone.
His colleague and only friend Clyde (John Ortiz) decides to try to set Jack up with his wife Lucy’s (Daphne Rubin-Vega) equally lonely colleague Connie (Amy Ryan).
Over dinner at Clyde and Lucy’s apartment, there’s an awkward but obvious connection between Jack and Connie. He walks her home and offers her no more than a gentlemanly kiss goodnight.
Seeing his first ever chance of happiness, Jack doesn’t want to mess this up – he wants a proper date with Connie and it has to be perfect. He wants to take her boating, but thinks he ought to learn to swim first. Clyde steps in to teach him.
The months go by and Jack grows closer to Connie, as he sees Clyde and Lucy drifting apart.
The fragility of personal relationships are explored through the contrasting personalities of the lonely lovers and their firey friends.

It’s always ambitious for an actor to give himself such a prominent role in his directorial debut, but surrounding himself with a strong cast, Philip Seymour Hoffman gives himself a fighting chance.
He delivers an accomplished turn, both in front of the camera and behind it, neatly pacing his story as the developments unfold.
The problems with the film are not with the acting or directing, but at a more fundamental level – the characterisation and the plot.
It’s unclear why anyone would be attracted to Jack – he’s not intelligent or attractive, either physically or in terms of personality, he doesn’t have a great job, he doesn’t appear to look after himself, he’s not eloquent or otherwise interesting – there’s not much more to say about him than he’s overweight, has matted, unkempt hair, mumbles his speech and likes reggae. It’s clear why women haven’t been knocking down his door – less clear why Amy Ryan’s Connie is.
Connie is attractive and eloquent, clearly lost and insecure. She’s a fragile character, only recently attacked on the subway. So when she sees Jack lose his temper over something relatively insignificant, it would feel more likely that this would be seen as a warning sign for someone of her disposition to flee.
The basic heart of the story – two loners finding solace in each other’s company – is sweet enough, but nothing new and doesn’t add much to our overall understanding of human nature.
Jack’s swimming works as a metaphor for trying to keep his head above water, but the film doesn’t feel especially deep or meaningful.
A group of highly accomplished actors competently telling us a fairly unsurprising story slightly unconvincingly.
It’s certainly not among the best of the genre, but it’ll doubtless be appreciated by fans of low-key, low-budget American independent films and it’ll certainly provide Hoffman with future opportunities to direct, should he wish to explore that avenue.