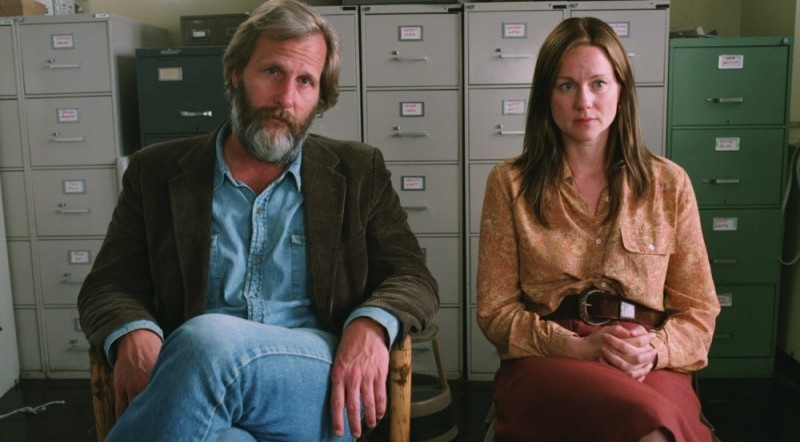 He doesn’t take it too well when his wife Joan (Laura Linney) gets a book deal before he does.

Their eldest son Walt (Jesse Eisenberg) is a daddy’s boy, while mum can’t do anything wrong in the eyes of young Frank (Owen Kline).

When the final thread holding the marriage together snaps, Walt and his father move to a house across town, while Frank stays at home with Joan.

Like so many relationships, it can all be neatly summed up by saying “what a mess!”

How many films have we seen about marriage breakdowns, puberty and first loves? And how many times have we seen films that tackle all these issues at the same time?

Even though there’s very nearly nothing new in this film at all, Noah Baumbach’s approach is so fresh, sharp and witty, that it feels like a thoroughly original film.

The deservedly Oscar-nominated screenplay whisks along at a tremendously satisfying pace, laying on the problems and throwing in surprises, until suddenly, it just stops – the only problem with the film is that just as you feel the pace picking up, and you’re itching to know what will happen to everyone, it just stops.

Perhaps it’s a metaphor for the fact that life’s loose ends don’t tie themselves up neatly, but it is mildly frustrating.

Having invested more than an hour in these frankly rather unlikeable characters, but falling for them nonetheless, because of the perfectly pitched performances all round, it leaves you kind of feeling bereft.