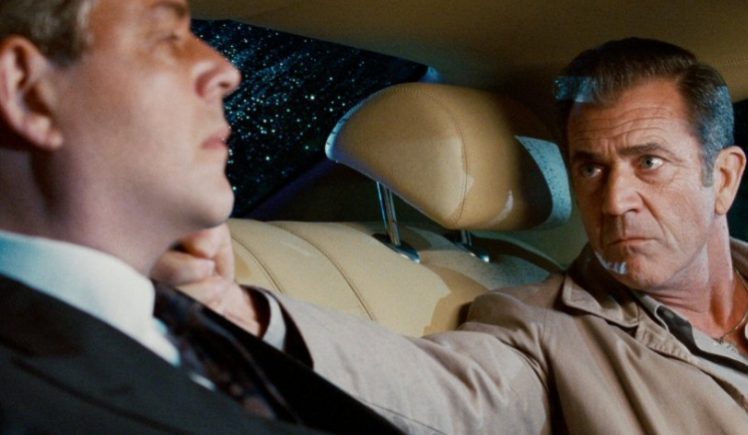 Tough Boston detective Thomas Craven (Mel Gibson) lives a solitary life, so he’s particularly excited that his estranged daughter Emma (Bojana Novakovic) is coming to stay. He picks her up from the airport and they do their best to bond in the car. While he’s cooking dinner, she comes over a bit queasy and he decides to take her to the hospital.

As they step outside the house, she’s gunned down by masked killers who speed off, leaving no clues.

At first, Craven assumes that she was the innocent victim of a failed hit on him – but it soon becomes clear that she might have been targeted, because she’s been trying to expose an arms scandal at the nuclear power company where she’s been working as an intern.

Her slimy boss Jack Bennett (Danny Huston) does his best to seem polite and professional, when it’s clear he’s hiding something, but what?

Who is employing the thugs who are tailing Craven?

And who is the mysterious fixer Jedburgh (Ray Winstone) who seems to know everyone and everything?

Craven will stop at nothing to find out who killed his daughter and why, in this big-screen remake of the 1985 BBC miniseries of the same name.

As with last year’s State of Play, a TV miniseries has been slashed and squeezed into a single feature length film, but this example is considerably less successful, even thought it’s been brought to the screen by the very same director who helmed the TV show, twenty five years ago.

Squeezing six hours of original material into just two always risks being a bit uncomfortable and so it turns out to be here. The film is certainly ambitious, but it tries to be far more significant and profound than it really is. We see corrupt politicians, taking kick-backs from major corporations who’ll do whatever it takes to cover up their dastardly deeds. But what the key participants actually get up to often doesn’t seem to ring true – there are easier ways to make money – even at the tail end of a recession. And the dark and shadowy figures don’t seem dark and shadowy enough – mysterious, perhaps, but any writer can give characters conflicting dialogue and motives – that doesn’t make it clever or creepy.

There are rather too many characters, each doing just a little bit less than they should. One of its main problems is that it’s one of those pedestrian, linear conspiracy films where each person Craven meets provides him with just enough information to find the next person to give him the next clue – even though many of them clearly have enough information to spill far more beans than they do – but where would all the tension be then?! It’s just not that interesting watching a thriller where the protagonist is rarely looking more than one step ahead.

A growing problem, the more familiar you get with the genre, is that although putting lives at risk with a degree of regularity should provide excitement, all too often it’s clear who’ll survive at each encounter, because if you kill off the protagonist before he’s achieved his goal, there will be no film.

As thrillers go, this is tremendously contrived – characters frequently just happen to be in the right place at the right time for something to happen to drive the plot forward.

Winstone stepped into the role of the enigmatic fixer when Robert De Niro quit, soon after the start of filming – and he’s perhaps one of the few actors with enough screen presence to fill the hole left by De Niro.
Returning to the front of the camera for the first time in several years, Gibson does well enough – but it’s the kind of role he could play in his sleep – it doesn’t stretch him.

In the final scene, where – as is prerequisite for such films – most of the characters are gathered around in one place to hear an explanation of all the twists and turns, in case we’ve missed a few on the way.

During Winstone’s speech, referring to the conspiracy, he declares that “the objective was to make everything seem as convoluted as possible so that no-one could work out what was going on.”

He might as well have been talking about the film.