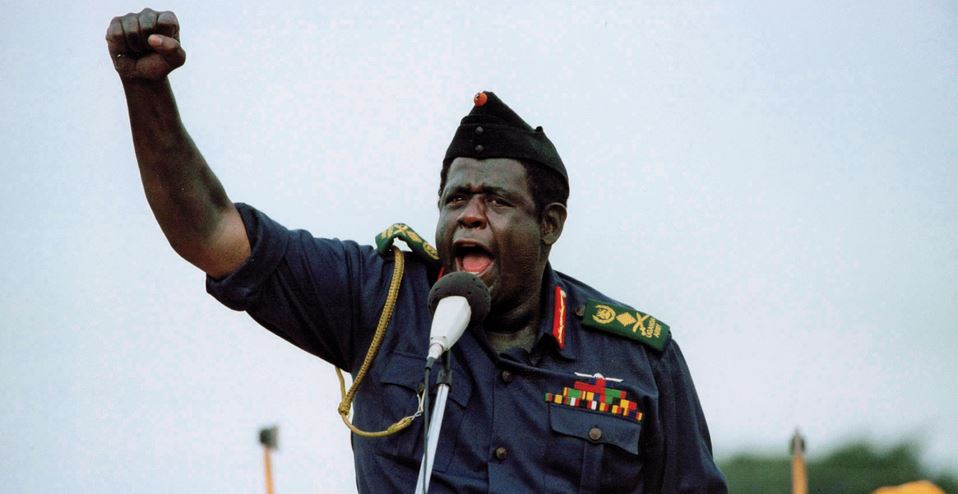 Against the better judgement of his parents, the naïve young doctors heads to 1970s Uganda and gets a job in a struggling hospital, run by ex-pats (including Gillian Anderson).

After an unusual road accident near the hospital, Nicholas finds that the wounded man he’s tending is the ruthless Ugandan dictator Idi Amin (Forest Whitaker). Amin is so impressed with his handling of the situation, that he offers the young Scot a job as his personal physician.

Lured by the smell of power within the upper echelons of Amin’s regime, he leaves the altruism of the local hospital behind, for the riches and excitement that influence has to offer.

The longer he’s there, the more confident he becomes, and Amin plays to that, giving him more and more, to secure his hold over him, tighter and tighter.

But as Amin gives Nicholas more power, he expects more respect. But the young Scot’s complacency sees him going the other way, as he finds himself getting romantically entangled with one of Amin’s wives.

When Amin finds out, he turns up the heat and there’s only one way out for Nicholas, and it’s not pretty.

Whitaker’s Amin is, of course, based on a real character – and his powerhouse performance brings the dictator to life, with a believably and frighteningly complex blend of charm, warmth and ruthlessness.

McAvoy’s doctor is a little more complicated, being based, as it is, on a number of real-life characters.

Drawing elements from different people makes Nicholas seem confused. The film’s not quite sure what he should be doing and at times he acts erratically and out of character.

But the British character is the perfect foil to help a western audience gain some understanding of the workings of one of the most bloody dictatorships of the past fifty years.

This is director Kevin Macdonald’s first foray out of the world of documentary into drama, so choosing something based on fact is a clever way to bridge the gap. His camera and lighting team do a remarkable job of making us feel we’re in 1970s east Africa with the characters. Some of the politics and wheeler-dealing that goes on among the diplomats also makes for insightful viewing.

It’s an enlightening and stimulating watch, and while Whitaker’s in vision, it’s impossible to take your eyes off the screen.

But ultimately, seeing events unfold through the eyes of a slightly confused character makes it hard to get emotionally involved in the story as much as the film-maker’s might like.