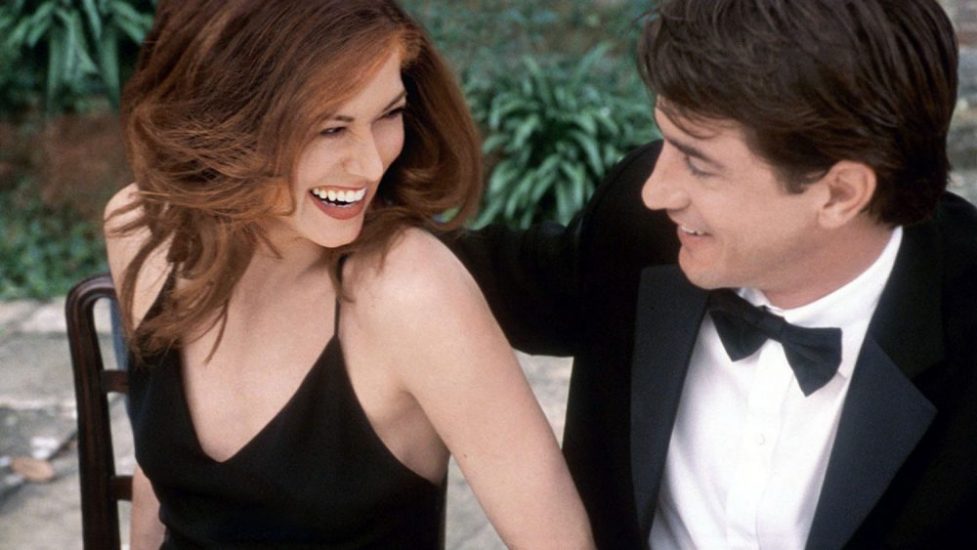 Kat (Debra Messing) can’t bear the idea of attending her sister’s wedding alone, particularly as the best man is her ex.

To make him jealous, she hires professional escort Nick (Dermot Mulroney) to accompany her from New York to England for the celebrations and has to pass him off as her new beau.

As if the situation isn’t uncomfortable enough, deep family secrets soon emerge that put almost every relationship at risk and jeopardise the wedding itself.

The film sets off at a cracking pace, launching straight into the story rather than wasting time building characters, when that comes later anyway.

It plays like Pretty Woman, with the roles reversed – a wealthy woman hiring an escort and, as the formula demands, surprising herself by falling for him.

The film’s as slight as it is charming. It’s sweet and enjoyable with a plot that flips between predictable and incoherent.

With all its “rom-com” clichés – the comedy best-friend, the compulsory illogical falling out, the mad dash to the church, to name but three – you need to take it all with a big pinch of salt.

It was released in the US to conicide with Super Bowl weekend. Here, it should still be around long enough to provide an entertaining alternative to the FA Cup final.