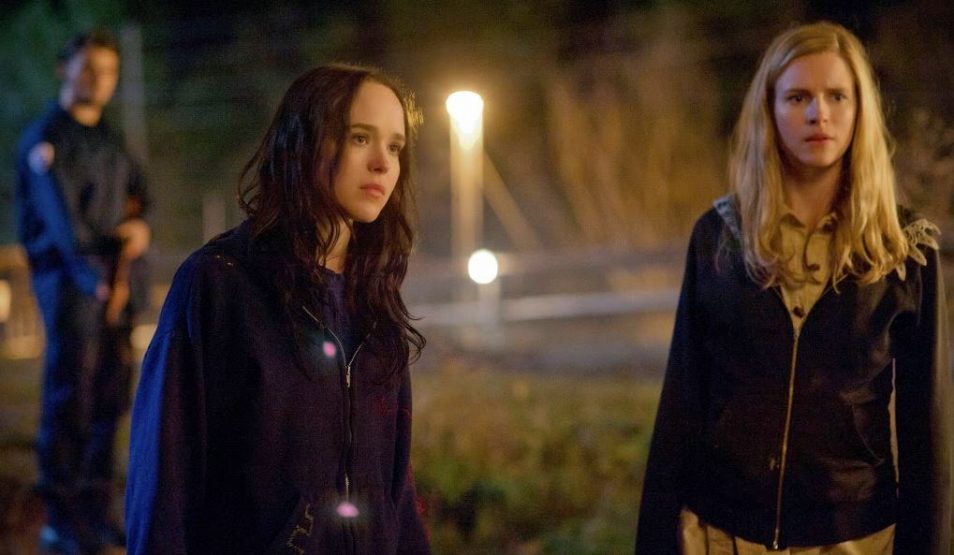 Sarah (Brit Marling) was trained as an FBI agent but she’s since moved on to a private contractor, working as one of the top investigators for the intelligence firm run by Sharon (Patricia Clarkson).

She’s sent to infiltrate a group of anti-capitalist activists, known as The East, who’ve been carrying out a series of attacks – or as they call them, jams – on major corporations. These attacks don’t involve guns or explosives – they mostly involve poisoning people – pharmaceutical bosses who sell dangerous drugs or utility bosses who eject waste into the water supplies.

The longer Sarah is undercover with the group, the closer she gets to its leader Benji (Alexander Skarsgård), their medical expert Doc (Toby Kebell) and the most militant of the crew, Izzy (Ellen Page).

Torn between being horrified by their actions and understanding why they do it, one particular jam makes Sarah finally realise that she has to pick a side.

Writer-star Brit Marling first came to the public’s attention carrying out the same two roles in 2011’s thoughtful drama Another Earth which she followed up with the equally well received Sound of My Voice, for which she teamed up with director Zal Batmanglij.

The pair have reunited for this intelligent, growm-up thriller, which visits familiar territory, but happily manages to feel fresh. Investigators infiltrating gangs is nothing new but Marling and Batmanglij conjure up believable situations and ratchet up the tension effectively, not least when Sarah starts having to compromise her ideals to complete her mission – and then starts challenging her own beliefs.

Perhaps the most obvious element to distinguish this film from many others that have explored similar storylines is its female twist – both its protagonist and her boss are women; the older woman, strengthened by experience, while the younger woman’s own future is still in the balance. With a bone-tingling performance from Patricia Clarkson, the relationship between the pair makes for engaging viewing.

Another strong female presence on screen is Ellen Page; although she does get a little whiney, her character contrasts nicely with Alexander Skarsgård’s cool exterior.

Some areas aren’t entirely convincing – quite why such a promising young agent would leave the FBI or why the FBI would contract out its investigations to private contracts aren’t particularly explained, and The East seems to be an oddly calculated collective of random people with their own gripe with society, who’ve conveniently come together and will conveniently drift apart once they’ve each had their turn.

While the film is an entertaining, engaging and thought provoking alternating series of jams and debriefs, the denouement feels more pedestrian, returning it to the realms of a more typical thriller.

Both as an actress and a writer, Marling is an interesting new voice in cinema with a strong future.